Did WWII last longer than the total length of movies about WWII? For that matter, which war has the highest movie time:war time ratio?

World War II was longer than the movies about it.

To tally up World War II movies, you could start with Wikipedia. The site lists about 400 unique titles across their various lists of World War II films.

Wikipedia is often the best place to find obsessive list-makers and categorizers. However, in the area of movie categorization, they have nothing on the people who tag plots on IMDb.

Before we finish answering Becky's question, let's take a brief side trip into the strange IMDb tagging world.

IMDb categorizes films with plot keywords. These words (or phrases) can be extremely specific, and cover a bizarre range of topics. For example, say you want to find all movies whose plot contains the following elements: "Nun", "laser", "binoculars", "electric shock", and "shot in the chest". 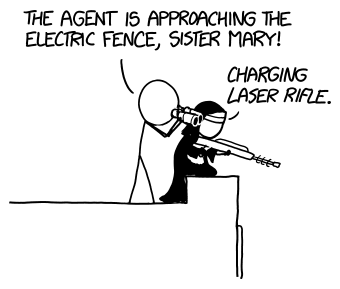 IMDb will tell you that there is one movie whose plot contains all those elements: The 2009 Steve Martin film The Pink Panther 2. To find other strange combinations, try clicking on a tag, then scrolling down to the "Refine by Keyword" section at the column on the right. Have fun. 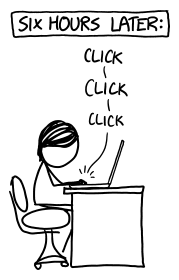 Often, the people tagging articles aren't exactly, um, disinterested scholars. Skimming the other keywords for any innocuous search makes it pretty clear that many people are using the database to catalog every movie containing a scene that satisfies their particular prurient fascination.[1]There's nothing new about this, although the internet makes it easier; quicksand enthusiasts, for example, have been cataloging movies containing quicksand scenes since the VHS days.

But IMDb is more than just a fetish database.[citation needed] Other obsessed people—like history buffs—have contributed their own sets of IMDb tags. The end result is a staggeringly comprehensive database of plot elements—which brings us back to Becky's question. 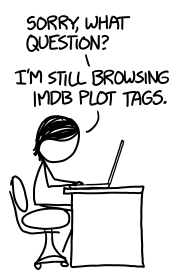 IMDb lists 4,893 films tagged with "world-war-two". The list contains full-length movies, TV episodes, short films, and the occasional miniseries. I downloaded a random sample of these entries and found that the average run time was 95 minutes, which means the entire collection probably has a combined length of a little over 300 days. World War II lasted six years, for a war:film ratio of about 7:1.

This ratio is hard to beat; no other multi-year war has been the subject of nearly as many films. This is understandable; we're talking about bloodiest conflict in human history right in the middle of the golden age of Hollywood.

However, some very short wars come close to beating it. The Six Day War—fought in 1967 between Israel and a coalition comprising Egypt, Syria, Jordan—is a good candidate. IMDb lists 13 films tagged with "six day war", and the Israeli film database EDB lists an additional four. However, the Six Day War movies are heavy on short TV episodes, so their war:film ratio doesn't quite edge out World War II based on these lists.

It's probably impossible to prove conclusively which war has the higher ratio. There no doubt exist other films about the Six Day War in various regional collections which I couldn't find—and the same is certainly true of World War II.

There are other wars which might score even higher on Becky's scale. The Indo-Pakistani War in 1971 is a good candidate; it was a short war (13 days) in the middle of a conflict heavily covered by India's film industry. IMDb lists five films about the related 1971 Bangladesh war, and it's likely that many of the Bollywood films about the broader India-Pakistan conflict touch on it. My guess is that the 1971 war probably has a higher film:war ratio than World War II, but I wasn't able to find specific data to support this.

Maybe the most interesting potential answer to Becky's question is the Anglo-Zanzibar War. This one-sided colonial war, fought between the British Empire and the Sultinate of Zanzibar, lasted only 38 minutes.[2]The short version is that Zanzibar's sultan died and his nephew, Khalid bin Bargash, moved into the palace. The British, who had a more pro-British candidate in mind for the position, sent warships and demanded Khalid step down. He refused, so the British warships bombarded the island, killed hundreds of Zanzibaris, and set the palace on fire. Khalid fled and the British installed a puppet government. Only 38 minutes passed between the start of the shooting and the British capture of the palace. Given how short it was, it would only take a single film about it to make it the undisputed champion.

However, I couldn't find any films about this war. I'm sure one exists somewhere; if you can find it, feel free to tag it on IMDb. There's nothing there at the time of this writing, but maybe there will be soon.

Alternately, if Becky can find a historic site with some link to Zanzibar, has a cell phone camera which can record for more than 10 minutes, and feels like making an independent film ... 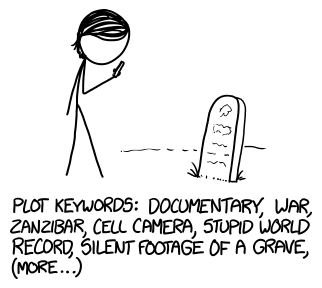 ... she can answer her own question once and for all.