What would be the most expensive way to fill a size 11 shoebox (e.g. with 64 GB MicroSD cards all full of legally purchased music)?

A shoebox full of valuable stuff seems to top out at about $2 billion. Surprisingly, this turns out to be true for a wide range of possible fillings.

The MicroSD cards are a good idea. iTunes songs cost about $1 each, and MicroSD cards have a capacity of about 1.6 petabytes per gallon. A men's size 11 shoebox is about 10-15 liters, depending on the brand and type of shoe, which means it can hold up to 1.5 billion 4 MB songs (at about a dollar each). (That's about 20 times as many songs as the iTunes store offers, so you'll have to buy some of the songs more than once.)

Expensive software like Adobe®©™ Photoshop®©™ CS®™ 5™ has a slightly higher cost-to-megabyte ratio, since it retails for several hundred dollars and takes up several hundred megabytes of space. Or, at least, it used to, until Adobe moved to a cloud model.

Once you start considering software prices, you can probably crank the "cost" of things in a shoebox as high as you want by making unlimited in-app purchases. And while the resulting RPG character may technically represent the result of your spending that much money, it's hard to argue with a straight face that your character is in any sense worth a trillion dollars. 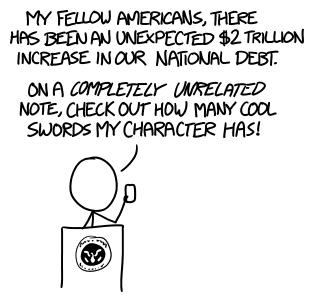 So let's think about actual objects.

There's gold, of course. 13 liters of gold is worth about $10 million as of this writing. Platinum is a little more expensive at $13 million/shoebox.[1]Not yet an SI unit, sadly. That's about 10 times the value of a shoebox full of $100 bills. On the other hand, a shoebox full of gold would weigh as much as a small horse.

There are more expensive metals. A gram of pure plutonium, for example, would cost about $5k. As a bonus, plutonium is even denser than gold, which means you could fit almost 300 kilograms of it in a shoebox.

Before you spend $3 billion on plutonium, take note: Plutonium's critical mass is about 10 kilograms. So while you could fit 300 kilograms of it in a shoebox, you could only do so briefly. 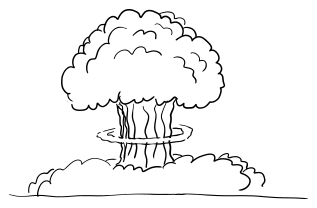 High-quality diamonds are expensive, but it's hard to get a handle on their exact price because the entire industry was built on a scam the gemstone market is complicated. One site quotes a price of over \$300,000 for a flawless 600 mg (3 carat) diamond—which means that a shoebox full of perfect-quality gem diamonds could be worth as much as \$20 billion—but \$1 or \$2 billion is more reasonable. 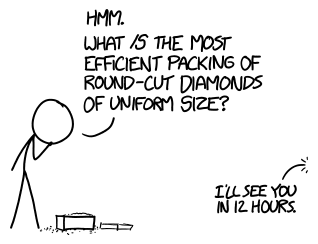 Many illegal drugs are, by weight, more valuable than gold. Cocaine's price varies a lot, but in many areas is in the neighborhood of $100/gram.[2]My search history after researching drug street prices would probably get me on all kinds of government watch lists, if I weren't on them all already for all the other things I've researched for this blog. Gold is currently less than half that. However, cocaine is much less dense than gold,[3]But wait—what is the density of cocaine? As usual, the Straight Dope Message Board folks are on the case; in this discussion, they consult the CRC Handbook and Merck Index, before giving up and deciding that it's probably about 1 kg/L, like most organic substances. They do, however, learn its boiling point and solubility in olive oil. so a shoebox full of cocaine would be less valuable than one of gold.

Cocaine is not the most expensive drug by weight. LSD—probably the most widely-consumed substance sold to consumers by the microgram—costs about a thousand times more than cocaine by weight. A shoebox full of pure LSD would be worth about $2.5 billion.

Some prescription drugs can be just as expensive as LSD. A single dose of brentuximab vedotin (Adcetris) can cost \$13,500, which—for the average patient—puts its shoebox value in the same \$2 billion range as LSD, plutonium, and MicroSD cards. Other drugs are even more expensive.

Of course, you could always put shoes in the shoebox. 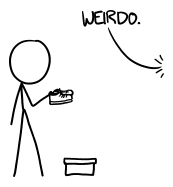 Judy Garland's shoes from The Wizard of Oz sold at auction for $666,000, and—unlike the other things we've considered—may have, at one point, actually been placed in a shoebox.

If you really want to fill a shoebox with an arbitrarily large amount of money, you could get the US Treasury to mint you a trillion-dollar platinum coin.

But if you're open to leveraging our monetary system's legal authority to impart value into an arbitrary inanimate object ...