What would happen if the Moon were replaced with an equivalently-massed black hole? If it's possible, what would a lunar ("holar"?) eclipse look like?

Since the Moon's mass and position wouldn't change, the tides on Earth wouldn't change, either. When you're floating outside a spherical mass, its pull on you is the same regardless of whether the mass is concentrated at the center of the sphere or spread out throughout it. If the Sun were replaced by a black hole of the same mass, the Earth's orbit wouldn't change, although life on Earth might.

With the Moon gathered into a point, there'd be no moonlight, which would affect the life cycles of all kinds of nocturnal animals. But compared to a lot of the other things we've done, that would be fairly minor. The Earth's orbit is stabilized by the Moon, but the lunar-mass black hole would probably serve the same role.

This black hole Moon would be pretty low-profile. If it were much smaller, it would evaporate through Hawking radiation, but a black hole the size of the Moon actually absorbs more energy from the cosmic background radiation than it emits through the Hawking mechanism. Our black hole would really be black.

At least, if it didn't eat anything. If the black hole devoured any objects, it would let off a tremendous blast of radiation. Black holes burn brightly as they devour things; the whirlpool of matter heats up as it falls inward, causing it to glow brightly.[2]A black hole can't devour matter too fast, though, because at some point it would be producing so much radiation that it would blast its own "food" away. This is called the Eddington limit.
If our black hole were devouring matter at the Eddington limit, it would be hot enough to sterilize the Earth.

Fortunately, there's not a lot out there for it to eat, so it wouldn't glow very brightly for now. It would spend most of its time drastically altering the orbits of nearby dust particles—one sand grain pushing other sand grains around.[3]Even if it sucked in matter at the rate the Earth—with its much larger "collecting area"—sucks in interplanetary dust, it wouldn't necessarily be a problem for us.

But there would be one interesting effect: In addition to getting darker, Earth would get colder, because moonlight warms the Earth. It's a very tiny contributor to our global energy balance; the Moon is five or six orders of magnitude dimmer than the Sun. But it's there.

Measurements show that global temperature varies with a 28-day cycle; all else being equal, the Earth is hottest during the full moon. It's a tiny difference—small fractions of a degree—but it's there.

But it turns out most of this effect is not due to moonlight. The largest contributor is the fact that the Earth is slightly closer to the Sun during a full Moon: 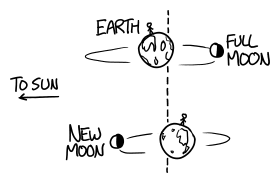 Calculating the amount of energy radiated back to Earth by the Moon is deceptively tricky. The Moon reflects sunlight, but with some surprising twists. When the Moon is half-illuminated, you might think it would be half as bright as when full—but it's much less bright than that. And once you account for that, there are even trickier effects to deal with, because science is the worst.[4]Like the fact that the waxing Moon is 20% brighter than the waning Moon, or that the Moon is a mild retroreflector. Then, on top of all the weird visible-light effects, the Moon also heats up under the Sun, then radiates that heat as infrared light.

There's a great discussion of the Moon's effect on the Earth's energy budget in this article by Robert Knox. The upshot is that the Moon's infrared heat radiation turns out to affect Earth's temperature about 10 times more than the visible moonlight, but still about 10 times less than the effect from gravity moving Earth closer and farther from the Sun. Knox even quantifies the effect this has on Earth's radiation balance—the presence of infrared moonlight warms the planet by 1.2 milli-degrees Fahrenheit (m°F). 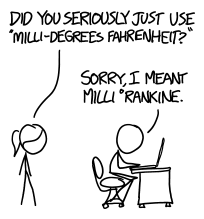 Without moonlight, the planet would cool down slightly. But given the accelerating rate at which we're adding CO2 to the atmosphere—which changes the Earth's energy balance—we'd make up the difference in a couple of weeks.

So all in all, the conversion of the Moon to a black hole might not even be that big of a deal.

Unless, of course, it happened on certain days between 1969 and 1972, in which case Nixon would've needed yet another one of those speeches. 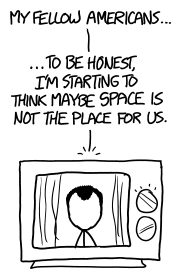