What if I tried to re-enter the atmosphere in my car? (a 2000 VW Jetta TDI). Would it do more environmental damage than it is already apparently doing?

Believe it or not, throwing cars at a planet might be better for the planet than driving them on the surface. But it's hard to say for sure. 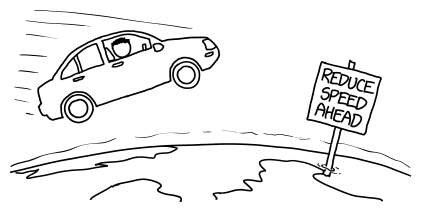 Volkswagen, as you've apparently heard, has been cheating on pollution tests since 2009. Your car was made before they started cheating, but that doesn't actually mean it pollutes less. Since the 1970s, the US has been tightening the rules around some of the exhaust gasses that create smog, like nitric oxide. By the mid-2000s, when the latest round of standards kicked in, Volkswagen apparently decided it was too expensive to keep up without sacrificing performance. Instead, they modified their cars to cheat on the tests, then lied to customers about how clean their cars were.

If you somehow put your car in orbit, then let it re-enter the atmosphere and burn up like a satellite, that would put an end to the tailpipe pollution. 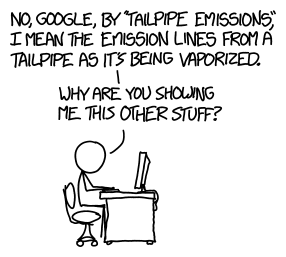 On the other hand, burned fragments of your car (and body) would be scattered throughout the stratosphere. So what impact does space debris have on our air?

The surprising answer is that no one really knows. Roughly one major piece of space debris, like a satellite or booster rocket, re-enters the atmosphere each day. We talk about them "burning up," but they don't really disappear. Big chunks of them make it to the ground (usually falling in the ocean or landing in the desert somewhere.) Other dust and fragments are scattered throughout the stratosphere, and no one really knows what effect they have on anything. 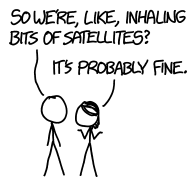 Your car's shockwave would also create nitric oxide, which would—briefly—eat a small hole in the ozone layer. That hole would "close up" quickly, and the overall impact on the ozone layer would be small compared to other sources of ozone depletion.

While your car would briefly harm the ozone layer, it would help with global warming. I don't know how long you expect to have your car, but if you drive it another hundred thousand miles, it will emit about 20 or 30 tons of carbon dioxide. By destroying your car, it's true that you'll be literally putting carbon into the atmosphere, but not nearly as much as you would by continuing to drive it. 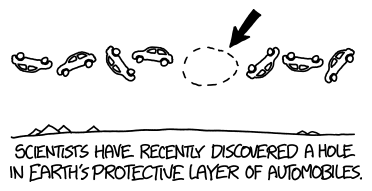 In the end, the real problem isn't the re-entry—it's the launch. Rocket launches have a much larger impact to the environment than re-entry, although it's still small in the grand scheme of things since we don't launch very many rockets.

Which raises a final question: What are you and your car doing in orbit in the first place? Are you the only one? Or have all cars been teleported into orbit? If so, we could be in trouble. 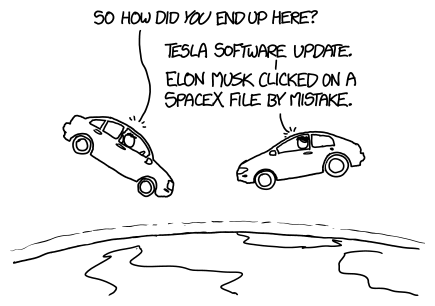 It's unlikely that any one piece of satellite debris will hit someone. But there are several hundred million passenger cars in the United States alone. If all of them were suddenly shot into orbit and allowed to reenter, it's likely that somewhere between a few hundred and a few thousand people would be injured or killed by falling engine blocks, transmissions, and half-melted axles.

On the other hand, about thirty thousand Americans are killed each year in motor vehicle accidents. So while launching all our cars into space—and letting them fall back down and hit us—might sound like a bad idea ... 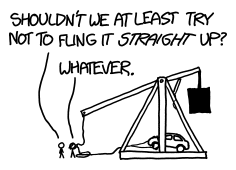 ... it's arguably a lot safer than continuing to drive them.