How long would it take for a single person to fill up an entire swimming pool with their own saliva? 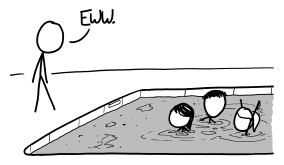 The average kid produces about half a liter of saliva per day, according to the paper Estimation of the total saliva volume produced per day in five-year-old children, which I like to imagine was mailed to the Archives of Oral Biology in a slightly sticky, dripping envelope. 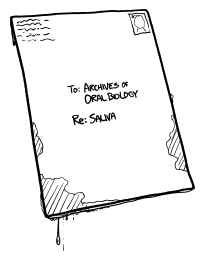 A five-year-old probably produces proportionally less saliva than a larger adult. On the other hand, I'm not comfortable betting that anyone produces more drool than a little kid, so let's be conservative and use the paper's figure.

If you're collecting your saliva,[1]This question is gross, by the way. you can't use it to eat.[2]I hope. You could get around this by chewing gum or something, to get your body to produce extra saliva, or just by drinking liquid food or getting an IV.

At the rate of 500 mL per day from the paper, it would take you about a year to fill a typical bathtub.

A bathtub full of saliva is pretty gross, but that's not what you asked about. For some reason—I don't really want to know why—you asked about filling a pool.

Let's imagine an Olympic-sized swimming pool, which is 25 meters by 50 meters. Depths vary, but we'll suppose this one is uniformly 4 feet deep,[3]You can read more of the regulations here; a pool with starting blocks does need a slightly deeper bit near each end, but it can be shallower in the middle. There doesn't seem to be anything in the rules about a maximum depth, so I suppose you can make a pool that continues through to the other side of the Earth, but then you run into trouble when you try to follow the instructions in section FR 2.14 about painting lane markings on the bottom. so you can probably stand up in it.

At 500 mL per day, it would take you 8,345 years to fill this pool. That's a long time for the rest of us to wait, so let's imagine you went back in time to get started on this project early.

8,345 years ago, the ice sheets that covered much of the northern parts of the world had mostly receded, and humans had just begun to develop agriculture. Let's imagine you started your project then. 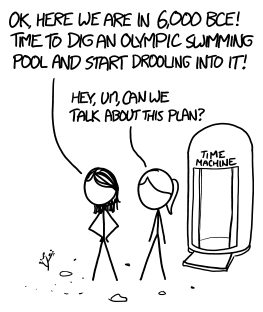 By 4000 BCE, when the civilizations of the Fertile Crescent had begun to develop in modern-day Iraq, the saliva would be a foot deep, covering your feet and ankles. 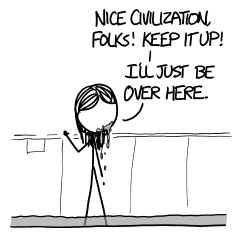 By 3200 BCE, when writing was first developed, the saliva would creep past your knees. 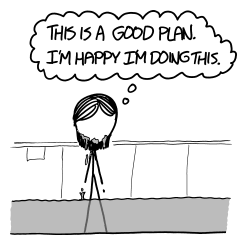 Around the mid-2000s BCE, the Great Pyramid was constructed and early Mayan cultures emerged. At this point, the saliva would be getting close to your fingertips if you didn't lift your arms up. 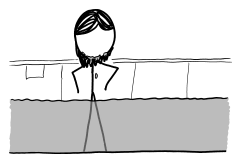 Around 1600 BCE, the eruption of a huge volcano in the Greek island now known as Santorini caused a massive tsunami which devastated the Minoan civilization, possibly causing its final collapse. As this happened, the saliva would probably be approaching waist-deep. 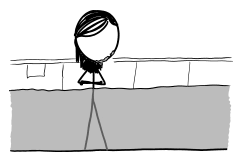 The saliva would continue to rise throughout the next three millennia of history, and by the time of Europe's industrial revolution it would be chest-deep, easily enough saliva to swim in. The last 200 years would add the final 3 centimeters, and the pool would finally be filled. 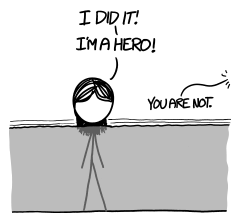 It would take a long time, sure. But it would all be worth it, because at the end of it all, you'd have an Olympic-size swimming pool full of saliva. And isn't that, deep down, all any of us really want?[4]No. It is not. 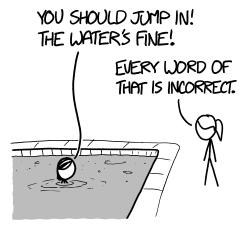