Since Death Valley is below sea level could we dig a hole to the ocean and fill it up with water?

Yes! We can do anything we want. We shouldn't do this, though, because it would be gross.

Death Valley is an endorheic basin[1]"Big hole" in California. The floor of the valley is about 80 meters below sea level. It contains the lowest point on land in North America[2]Excluding artificial points like mines. and is the hottest place on Earth.[3]If you're about to say "Wait, what about Liby—," then don't worry, I'm with you. Just hang on and read a few more words ahead!

Now, if you're the sort of person who's into world records, you might have heard that the hottest place on Earth was Al Azizia, Libya. Al Azizia recorded a temperature of 58.0°C (136.4°F) in 1922, a mark Death Valley has never come close to. So what gives? 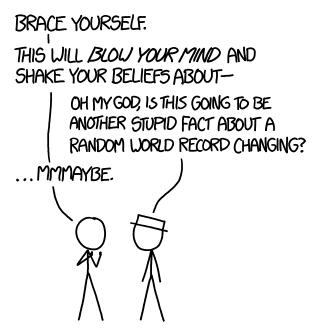 It turns out Al Azizia has recently been stripped of its record. In 2010, an exhaustive—and definitely a little obsessive—investigation led by Christopher C. Burt convinced the World Meteorological Organization that the Libyan measurement was probably a mistake. This left Death Valley with the record of 56.7°C (134°F), set in 1913. Case closed! 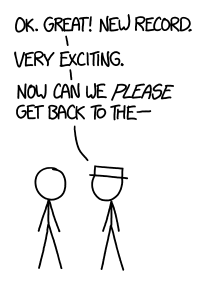 Except it's not quite settled. Burt has raised questions about the 1913 record as well, and has gone so far as to catalog a number of historical extremes along with a credibility score for each. The "real" record is probably 53.9°C (129°F). This temperature has been recorded four times, in 1960, 1998, 2005, and 2007—every time in Death Valley.

These records were recorded with modern instruments and are considered reliable. They also make sense from a theoretical point of view. Geographers have calculated[4]This Army Corps of Engineers publication cites a couple of sources for this, including a 1963 paper by G. Hoffman. Unfortunately, that paper is in German, which I can't read, so I've just decided to trust that the Army Corps of Engineers writers Dr. Paul F. Krause and Kathleen L. Flood aren't pulling a fast one on me. that the highest possible temperature in ideal spots (in desert basins like Death Valley) during the 20th century is 55°-56°C, so 54°C sounds like a reasonable world record.

Now, back to Nick's question.[5]This is nowhere NEAR the record for "most boring digression into world record trivia." That record was recently challenged by IBM computer capable of producing millions of boring pieces of trivia per second, but the machine narrowly lost to reigning human champion Ken Jennings.

Since Death Valley is below sea level, we could, as Nick suggests, flood it with seawater. It would take a lot of digging, since there's a lot of Earth in the way. The lowest route to Death Valley is probably by traveling up the Colorado River watershed, along the Arizona border past Quartzsite,[6]Trivia: If you want to reach Quartzsite, Arizona from my school, Christopher Newport University, you just step out onto Warwick Blvd (Rt. 60) and turn left. That's it—Route 60 runs across the country, from the CNU campus in Virginia to I-10 just outside Quartzsite. then northwest[7]Possibly following one of the routes shown on page G34 in this report. past Zzyzx, which is a real place. 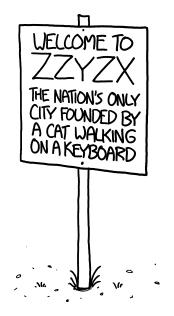 If you did all that digging, you could create a channel from the Gulf of California to Death Valley, and water would flow in. We can use this handy stream-flow calculator to figure out how wide we'd need to make the channel. A channel 20 meters deep and 100 meters wide should be able to fill it in a few months. A really wide channel—like the kind carved by glacial floods—could fill it in hours.

We know it's possible to create this kind of inland sea because we've done it before—by accident. In 1905, irrigation engineers working on the Colorado River made some mistakes. During a flood, the entire Colorado river broke through into the Alamo Canal and flowed directly into the Salton basin to the north. By the time they repaired the canal, two years later, the Salton basin had become the Salton Sea—one of the larger human-caused changes to the world map.

The Salton Sea is fed mainly by agricultural runoff, so it's become saline[8]"Salty" and hypereutrophic.[9]"Gross" Large numbers of dead fish, combined with algal decay and unusual chemistry, have created a smell that the US Geological Survey describes as "objectionable," "noxious," "unique," and "pervasive." The sea is a birdwatching hot spot, but also the site of a lot of mass bird die-offs, so kind of a mixed bag if you're into birds. In recent years, the water has been evaporating quickly, leaving behind dried toxic residue which is swept up into dust storms. Work to clean up and rehabilitate the region is ongoing.

All in all, the Salton Sea is a mess—and Nick wants to make another one.

Nick's Death Valley project would start off connected to the ocean, but without a source of flowing water at the Death Valley end,[10](It's a desert.) the channel would gradually silt up. The link to the ocean would eventually be broken, the sea would start to evaporate, the water would become saline, algae would bloom, and eventually the US Geological Survey would start complaining about the smell.

There would be one more consequence to all this. Thanks to the flood of cold ocean water burying the whole region, Death Valley would stop setting temperature records, and someone else would eventually claim to have broken their 129°F record. The Death Valley records would have to be compared to the newer candidates, which would probably use slightly different methods ... and that means one thing: 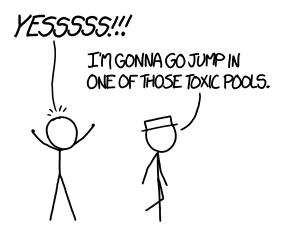