"If a meteor made out of diamond and 100 feet in diameter was traveling at the speed of light and hit the earth, what would happen to it?”

Nothing made of matter can go at the speed of light. But that’s ok—we can get close enough!

No matter how fast you push something, it will never quite get up to light speed. This seems like it can’t be right, but it is. Our universe has some weird rules. But the closer something gets to the speed of light, the more energy and momentum it has—and this energy and momentum go up without limit.

We’ll start slow and work our way up.

If we drop the meteor from the edge of space, 100 kilometers up, it’ll punch through the atmosphere without slowing down too much and hit the ground moving about Mach 3—over a kilometer a second.

As it falls, it compresses the air in front of it. When the air is compressed, it heats it up. (This is the same thing that heats up spacecraft and meteors—actual air friction has little to do with that.) By the time it reaches the ground, the lower surface will have heated to over 500℃, which is enough to glow visibly.

When it hits the ground, two minutes after it was released, it makes a crater 300 meters across—the size of a school, shattering into fragments in the process.

If we set the diamond in space a little ways away from the Earth, and let it fall toward us, it will hit at about 11 kilometers per second. This is Earth’s escape velocity, and anything that hits the Earth from space will—thanks to gravity—be going at least that fast.

At 11 kilometers per second, the brief descent would be visible as a fireball. The energy of the impact would be comparable to a small atomic bomb, and the crater it would create would be a kilometer across—a little smaller than Meteor Crater in Arizona. 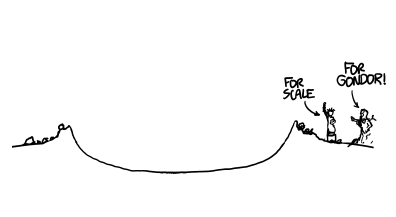 This is just about the fastest that anything can hit the Earth if it’s orbiting the Sun. The Leonid meteor shower hits at this speed.

Oddly, the speed that something is going doesn’t really affect how deeply it digs into the ground. Isaac Newton came up with a very clever idea for estimating how deeply projectiles will go in their targets before stopping. It turns out that no matter how fast a projectile is going, if it hits something that’s about the same density, it will only go about one body-length in.

However, it will make quite a splash. The 72-kilometer-per-second diamond sphere blasts out a crater over two kilometers across, with an energy release comparable to that of the biggest fusion bombs.

Here’s where things get weird.

This would be pretty bad. The thing that makes this a little unpredictable is the fact that at speeds in the range of hundreds of kilometers per second, the air begins to undergo nuclear fusion (Google that paper title to find the full text). This, combined with plain old plasma heating, may manage to eat apart the diamond sphere completely before it reaches the ground.

But it doesn’t do the ground much good. The sphere doesn’t spread out enough to make a difference, and it still hits the ground in roughly one spot. The blast releases a thousand times more energy than the largest nuclear weapon, devastating whatever region it came down over. It gouges out a massive crater—though not the biggest one Earth has ever seen. 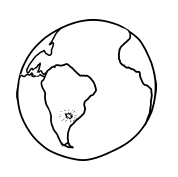 This is where relativity kicks in.

At these speeds, the bonds holding the sphere together are completely irrelevant. It’s just a collection of carbon atoms moving so fast that Lorentz contraction flattens the whole thing into a pancake (although we wouldn’t be able to see that visually). The SRIM particle physics simulation tool can help answer some questions about what happens when it hits.

The carbon atoms in the ball carry about 70 GeV of energy each. They’re actually moving too fast to fuse directly with the air—they just pass through it completely. The air molecules punch three meters into the face of the ball before coming to a rest inside it, and it arrives at the ground with a bunch more matter in it than it started with. It’s also expanding rapidly.

When it hits the surface, it disintegrates completely, digging downward and outward, carving a cone-shaped path down through the bedrock. The impact depth equation no longer applies, since the atoms are literally passing through each other.

The energy cracks a hole in the crust and blows open a crater so big you can see the molten mantle. This delivers the energy of 50 dinosaur-killing Chicxulub impacts—enough to cause a mass extinction, if not end life completely. 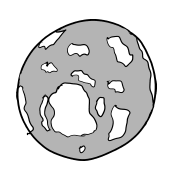 I’ve always thought that one of the the great things about physics is that you can add more digits to any number and see what happens and nobody can stop you.

At this speed, every carbon molecule carries 25 TeV of energy, comparable to particles in the beam of the Large Hadron Collider. A little faster, and we might spot Higgs bosons in the impact debris.

As it stands, the whole thing hits the planet with about the kinetic energy of the orbiting Moon. It’s enough to punch a gaping hole in the mantle and shake up the surface across the whole planet, turning it molten. This probably ends all life on and around Earth.

Oops, cat stepped on my keyboard again and I added a bunch more 9s.

The fastest object (with mass) in recorded history might be the Oh-My-God particle (no relation to the God particle), a proton from space that plowed into the atmosphere over Utah in 1991. It was moving at 99.99999999999999999999951% of the speed of light, which meant it packed the kinetic energy of a baseball—in a single proton. The cascade of particles it blasted apart dwarfed anything the LHC could produce.

Nobody knows how it got to be moving so fast. Particles moving that fast hit the Earth a handful of times a year. They seem to come from the general direction of exploding galaxies, but what happened to to make them leave in such a hurry—and why they haven’t slowed down more before they got here—is something of a mystery.

Let’s give Aidan’s diamond meteor the speed of the Oh My God particle.

These speeds are so high that my copy of SRIM flatly refuses to simulate them. However, we can get some idea from looking at how cosmic rays cascade through rock.

The diamond sweeps out a column of atmosphere without seeming to notice and disappears into the crust. A cloud of expanding plasma and radiation grows around the entry point as the energy ripples outward through the body of the planet. Forty milliseconds later the entire far side expands outward in an incandescent cloud.

The diamond meteor, and the cascade of particles it created as it collided with the crust, is spread out throughout the body of our planet. The superheated planet glows brighter than the sun.

The momentum would be enough to knock the Earth into a different orbit—but the Earth is no more. The energy deposited is ten thousand times greater than the planet’s gravitational binding energy, and the planet is blown into an expanding cloud of plasma, with a particularly energetic streamer extending away from the far side of the impact site, out into space.

The Sun hiccups and flares as it absorbs waves of dust. The surfaces of Mars and Venus are scoured clean by the waves of incredibly high-energy plasma. 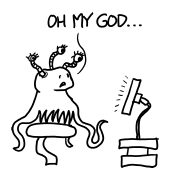 And in the distant future, an alien astronomer on a world hundreds of light-years from Earth frowns at a beeping detector, and wonders what violent event would make a particle move so fast.