How many unique English tweets are possible? How long would it take for the population of the world to read them all out loud?

High up in the North in the land called Svithjod, there stands a rock. It is a hundred miles high and a hundred miles wide. Once every thousand years a little bird comes to this rock to sharpen its beak. When the rock has thus been worn away, then a single day of eternity will have gone by.
—Hendrik Willem Van Loon

But Twitter doesn't limit you to those characters. You have all of Unicode to play with, which has room for over a million different characters. The way Twitter counts Unicode characters is complicated, but the number of possible strings could be as high as \( 10^{800} \).

Of course, almost all of them would be meaningless jumbles of characters from a dozen different languages. Even if you're limited to the 26 English letters, the strings would be full of meaningless jumbles like "ptikobj". Eric's question was about tweets that actually say something in English. How many of those are possible?

This is a tough question. Your first impulse might be to allow only English words. Then you could further restrict it to grammatically valid sentences.

But it gets tricky. For example, “Hi, I’m Mxyztplk” is a grammatically valid sentence if your name happens to be Mxyztplk. (Come to think of it, it’s just as grammatically valid if you’re lying.) Clearly, it doesn’t make sense to count every string that starts with “Hi, I’m ...” as a separate sentence. To a normal English speaker, “Hi, I’m Mxyztplk” is basically indistinguishable from “Hi, I’m Mxzkqklt”, and shouldn't both count. But “Hi, I’m xPoKeFaNx” is definitely recognizably different from the first two, even though “xPoKeFaNx” isn’t an English word by any stretch of the imagination.

Let’s imagine a language which has only two valid sentences, and every tweet must be one of the two sentences. They are: 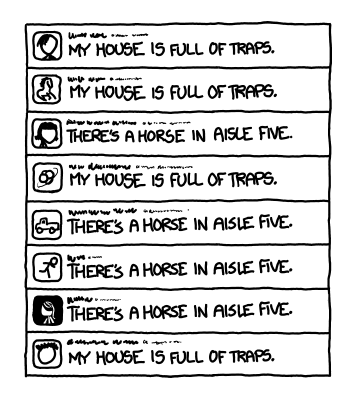 The messages are relatively long, but there’s not a lot of information in each one—all they tell you is whether the person decided to send the trap message or the horse message. It’s a 1 or a 0. Although there are a lot of letters, for a reader who knows the pattern the language carries only one bit of information per sentence.

This example hints at a very deep idea, which is that information is fundamentally tied to the recipient’s uncertainty about the message’s content and their ability to predict it in advance.

Claude Shannon—who almost singlehandedly invented modern information theory—had a clever method for measuring the information content of a language. He showed groups of people samples of typical written English which were cut off at a random point, then asked them to guess which letter came next. 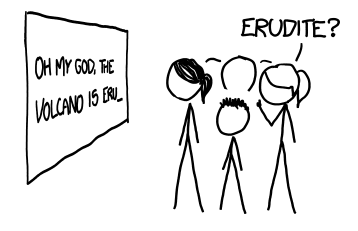 Based on the rates of correct guesses—and rigorous mathematical analysis—Shannon determined that the information content of typical written English was around 1.0 to 1.2 bits per letter. This means that a good compression algorithm should be able to compress ASCII English text—which is eight bits per letter—to about 1/8th of its original size. Indeed, if you use a good file compressor on a .txt ebook, that’s about what you’ll find.

Now, how long would it take the world to read them all out?

Reading \( 2\times10^{46} \) tweets would take a person nearly \( 10^{47} \) seconds. It’s such a staggeringly large number of tweets that it hardly matters whether it’s one person reading or a billion—they won’t be able to make a meaningful dent in the list in the lifetime of the Earth.

Instead, let’s think back to that bird sharpening its beak on the mountaintop. Suppose that the bird scrapes off a tiny bit of rock from the mountain when it visits every thousand years, and it carries away those few dozen dust particles when it leaves. (A normal bird would probably deposit more beak material on the mountaintop than it would wear away, but virtually nothing else about this scenario is normal either, so we’ll just go with it.)

Let’s say you read tweets aloud for 16 hours a day, every day. And behind you, every thousand years, the bird arrives and scrapes off a few invisible specks of dust from the top of the hundred-mile mountain with its beak.

When the mountain is worn flat to the ground, that’s the first day of eternity.

The mountain reappears and the cycle starts again for another eternal day. 365 eternal days—each one \( 10^{32} \) years long—makes an eternal year. 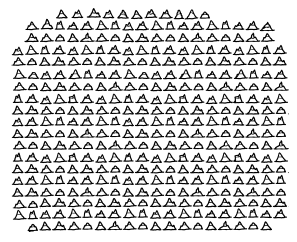 100 eternal years, in which the bird grinds away 36,500 mountains, make an eternal century.

But a century isn’t enough. Nor a millennium.

Reading all the tweets takes you ten thousand eternal years.

That’s enough time to watch all of human history unfold, from the invention of writing to the present, with each day lasting as long as it takes for the bird to wear down a mountain.

140 characters may not seem like a lot, but we will never run out of things to say. 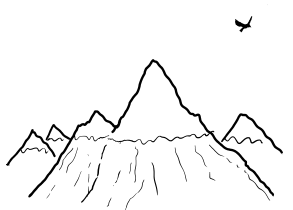