What would happen to the Earth if the Sun suddenly switched off?

This is probably the single most popular question submitted to What If.

Part of why I haven’t answered it is that it's been answered already. A Google search for what if the Sun went out turns up a lot of excellent articles thoroughly analyzing the situation.

However, since my recent articles on sunsets, the rate of submission of this question has risen even further, so I’ve decided to do my best to answer it. 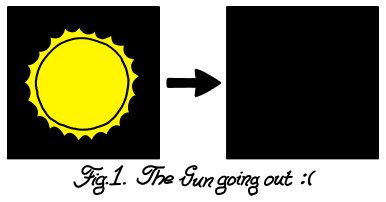 We won’t worry about exactly how it happens. We'll just assume we figured out a way to fast-forward the Sun through its evolution so that it becomes a cold, inert sphere. What would the consequences be for us here on Earth?

Let's look at a few:

Reduced risk of solar flares: In 1859, a massive solar flare and geomagnetic storm hit the Earth.[1] Magnetic storms induce electric currents in wires. Unfortunately for us, by 1859 we had wrapped the Earth in telegraph wires. The storm caused powerful currents in those wires, knocking out communications and in some cases causing telegraph equipment to catch fire.[2]

Since 1859, we've wrapped the Earth in a lot more wires. If the 1859 storm hit us today, the Department of Homeland Security estimates the economic damage to the US alone would be several trillion dollars[3]—more than every hurricane which has ever hit the US combined.[4] If the Sun went out, this threat would be eliminated.

Improved satellite service: When a communications satellite passes in front of the Sun, the Sun can drown out the satellite's radio signal, causing an interruption in service.[5] Deactivating the Sun would solve this problem.

Better astronomy: Without the Sun, ground-based observatories would be able to operate around the clock. The cooler air would create less atmospheric noise, which would reduce the load on adaptive optics systems and allow for sharper images.

Stable dust: Without sunlight, there would be no Poynting–Robertson drag, which means we would finally be able to place dust into a stable orbit around the Sun without the orbits decaying. I’m not sure whether anyone wants to do that, but you never know.

Reduced infrastructure costs: The Department of Transportation estimates that it would cost $20 billion per year over the next 20 years to repair and maintain all US bridges.[6] Most US bridges are over water; without the Sun, we could save money by simply driving on a strip of asphalt laid across the ice.

Cheaper trade: Time zones make trade more expensive; it's harder to do business with someone if their office hours don't overlap with yours.[7] If the Sun went out, it would eliminate the need for time zones, allowing us to switch to UTC and give a boost to the global economy.

Safer Children: According to the North Dakota Department of Health, babies younger than six months should be kept out of direct sunlight.[8] Without sunlight, our children would be safer.

Safer combat pilots: Many people sneeze when exposed to bright sunlight. The reasons for this reflex are unknown, and it may pose a danger to fighter pilots during flight.[9] If the Sun went dark, it would mitigate this danger to our pilots.

Safer parsnip: Wild parsnip is a surprisingly nasty plant. Its leaves contain chemicals called furocoumarins, which can be absorbed by human skin without causing symptoms ... at first. However, when the skin is then exposed to sunlight (even days or weeks later), the furocoumarins cause a nasty chemical burn. This is called phytophotodermatitis.[10] A darkened Sun would liberate us from the parsnip threat. 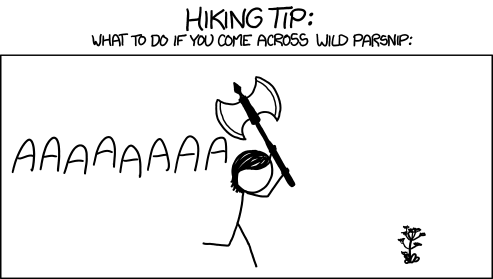 In conclusion, if the Sun went out, we would see a variety of benefits across many areas of our lives.

Are there any downsides to this scenario?

We would all freeze and die. 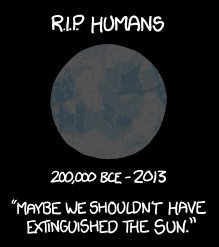