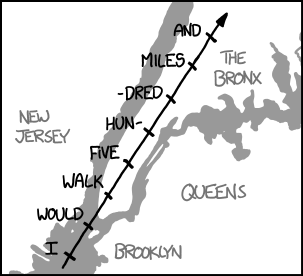 The song's length leads to an odd coincidence. The interval between the start and the end of I'm Gonna Be is 3 minutes and 30 seconds,[10]Based on timing from the official Youtube video and the ISS is moving at 7.66 km/s.