How much CO2 is contained in the world's stock of bottled fizzy drinks? How much soda would be needed to bring atmospheric CO2 back to preindustrial levels?

For most of the history of civilization, there were about 270 parts per million of carbon dioxide in the atmosphere. In the last hundred years, industrial activity has pushed that number up to 400 parts per million.

One "part per million" of CO2 weighs about 7.8 billion tons. A can of soda contains in the neighborhood of 2.2 grams of CO2, so you would need about 450 quadrillion cans of soda. That's enough to cover the Earth's land with ten layers of cans. 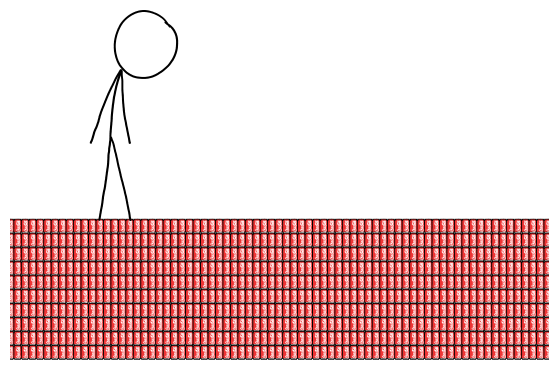 There's clearly not enough room to do this. Even if we stacked the cans up to the edge of space,[1]I don't have any hard numbers, but my guess would be that you could probably stack supermarket soda six-pack crates a few hundred meters high before the bottom layer ruptures. they'd still take up an area the size of Rhode Island.[2]We shouldn't actually try it, given what happened last time.

We'd need to add even more cans to keep up with ongoing emissions. We're currently increasing the atmosphere's CO2 concentration by an average of 2 parts per million each year: 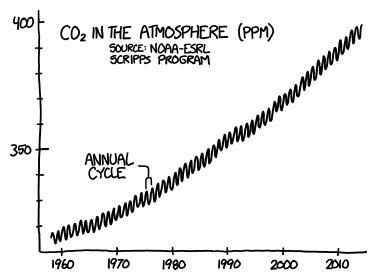 At that rate, we'd need to add one can of soda per person every 30 seconds, which is about 10,000 times the current consumption rate.[3]The global average is one can per person every 5 days. In the US, the average is one every 18 hours. That would add a new layer of cans to the ground every 6[4]I originally had the wrong number here; thank you to Paulina for catching it! years or so.

This layer of cans would get pretty annoying. 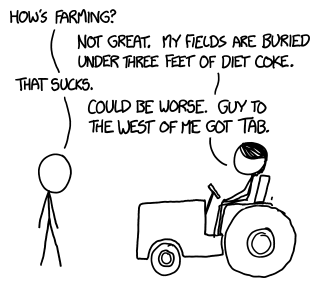 Are there any ways out of this predicament?

In some areas, you can turn in soda cans for recycling and receive a small amount of money; in Massachusetts, where I live, it's 5 cents. If you collected one year's worth of soda cans—instead of layering them across the Earth's surface—and emptied them out, you could redeem them for $372 trillion.

With that much money, you could simply buy the world's current reserves[5]Source: xkcd.com/980, bottom right. of coal, oil, and natural gas—the source of the whole problem.

Then, you put it all back in the ground and leave it there. 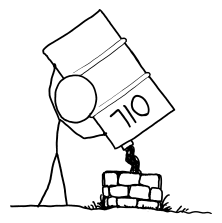