Could you get drunk from drinking a drunk person's blood?

You would have to drink a lot of blood.

A person contains about 5 liters of blood, or 14 glasses.

If your blood is more than about half a percent alcohol, you stand a pretty good chance of dying. There have been a handful of cases of people surviving with a blood alcohol level of above 1%, but the LD50—the level at which 50% of people will die—is 0.40 (0.4%).

If someone had a BAC of 0.40, and you drank all 14 glasses of their blood in a short amount of time,[1]Hey, there's a 50% chance they were going to die anyway. you would throw up: 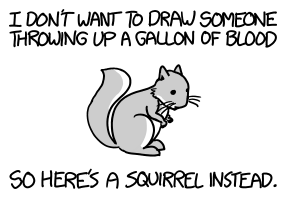 You wouldn't throw up because because of the alcohol; you'd just throw up because you're drinking blood. If you somehow avoided vomiting, you would have ingested a total of 20[2]Thank you to Conor Braman, among others, for correcting a missing zero in the original version of this calculation. grams of ethanol, which is the amount you'd get from a pint of beer. 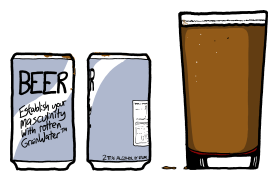 Depending on your weight, drinking that much blood could raise your own blood alcohol level to about 0.05. This is low enough that you could legally drive in many jurisdictions, but high enough to double your risk of an accident if you did.

If your BAC is 0.05, it means only 1/8th of the alcohol from the other person's blood made it into yours. Supposing that after you drank all this blood, someone killed you and drank your blood,[3]It's only fair. they would then have a BAC of 0.006. If this process were repeated about 25 times, there would be fewer than 8 molecules of ethanol left in the last person's blood. After a few more cycles, there would likely be none;[4]By homeopathic standards, this is still quite concentrated. they'd just be drinking regular blood.[5]Like a loser.

Whether there's any alcohol in it or not, drinking 14 glasses of blood wouldn't be fun. There's not a huge amount of medical literature on the subject, but anecdotal evidence from online forum posts suggests that any normal person who tries to drink more than about a pint of blood will vomit:

If you drink blood regularly, over a long period of time the buildup of iron in your system can cause iron overload. This syndrome, which sometimes affects people who have repeated blood transfusions, is one of the few conditions for which the correct treatment is bloodletting.[6]Others include PCV and PCT.

Drinking one person's blood probably wouldn't cause iron overload. What it could give you is a blood-borne disease. Most such diseases are caused by viruses that can't survive in the stomach, but they could easily get into your blood through scratches in your mouth or throat as you drank.

Diseases you could get from drinking an infected person's blood include hepatitis B and C, HIV, Hantaviruses, and Ebola. I'm not a doctor, and I try not to give medical advice in these articles. However, I will confidently say that you shouldn't drink the blood of someone with Ebola.

That said, drinking or eating blood is not unheard of. It's a taboo in many cultures, but the British eat "black pudding", which is largely blood, and there are similar dishes all around the world. Maasai pastoralists in east Africa once lived mainly on milk, but also sometimes drank blood, drawing it from their cattle and mixing it with the milk to form a sort of extreme protein shake.

So the bottom line is that drinking enough of someone's blood to get drunk would be very difficult, probably quite unpleasant, and might give you some serious diseases.

In the end, the blood itself would do awful things to your body long before the booze ever could. 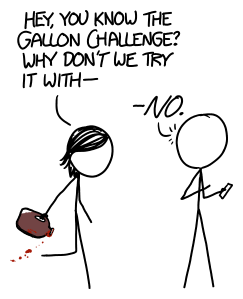